Last year St Petersburg University became the most popular Russian university with international students for the third time. 16,629 foreign citizens applied to study here. One of them was Mohammed Dit Nabi Ndur from Senegal, a student of the master’s programme — Advertising and Public Relations.

Where were you born and raised?

I was born in Dakar, the capital of Senegal. I have a brother and four sisters, but in Senegal we are a small family. There are many polygamous families, they are much bigger.

My first education was in Senegal, where I finished school and entered the university to study for a law degree. I watched documentaries about Martin Luther King and Nelson Mandela who were lawyers and was inspired by them. I wanted to become a lawyer, too, so I began to study there.

In Dakar, there are three-year bachelor’s programmes. However, when I was in my third year, life at the university became very unstable. Things were complicated in the country, so studies were put on hold many times. That is why I decided not to waste my time and to continue my education abroad.

How did you make up your mind to study in Russia?

Many people leave Senegal. They mostly go to France or Canada. Some of them study in Russia, the USA or other countries.

Once a friend of mine came over. He asked me: ‘Nabi, if you want to study abroad, why don’t you go to Russia?’ And I answered: ‘And what is there in Russia?’ Then I thought that I should not waste my time. And six months later I was in Russia.

I came to Russia from Africa in December. The moment I walked out of the plane, I realised I would be freezing to death here. That day I felt the cold for the first time in my life, and it was terrifying. Also, it was around four o’clock in the afternoon, and already dark! And I thought: ‘God! What am I doing here?’ That is what my first impression was like.

I started to learn the language in the city of Oryol. Then I entered Ivanovo State University and enrolled in the programme ‘Advertising and Public Relations’. I did not see any sense in continuing the legal education, because legislation in Senegal and in Russia are very different. I would say to myself: ‘Nabi, you must learn the subjects that you could use everywhere in the future.’ But what could it be? Public relations. If I cannot be a lawyer, I can become an expert in public relations, who is also a lawyer in a way, because he protects the interests of a company.

I got my bachelor’s degree and decided that it is not enough. I wanted to become a more qualified specialist.

Why did you choose the master’s programme at St Petersburg University?

First I planned to continue my education in Canada. I even had all the necessary documents ready. So all I had to do was to take the plane. However, the pandemic changed my plans, as the borders were closed. The time difference between Canada and Russia is eight hours. Sometimes lessons began at 6pm, and here, in Russia, it was already night. I came to lessons twice and realised it was not possible to study properly.

Studying has its advantages and disadvantages. I like the fact that here I will definitely get a very good education, because I can see that the educational process is very serious and on a very high level. However, it is difficult for foreign students to integrate into studying. It is partly because of the pandemic. I wish we got more support from out groupmates or curators. At the moment the main drawback is online learning. We still struggle with the language and to understand the teacher we need to see their gestures and facial expressions. Also, in the classroom we can ask questions and teachers can see when we don’t understand something.

Tell us about your academic interests.

The topic of my academic paper is ‘Using new information technologies in organising communication: a case study of a car company’. I do realise that while several years ago working and advertising a product used to be enough, now you need something more. Competition is everywhere. Every company and everybody must develop communication. I am very interested in the car industry, so I connect it with communication in my research.

In the second semester my favourite subject was ‘Crisis Communications’. I think maybe it is because we live during the pandemic now, which is a large crisis. I am always very interested in what the teacher is saying as well as the presentations of the students. I think crisis communications skill is one of the most important in the sphere of communications.

You have a very good command of Russian. How long have you been studying the language?

I started learning Russian in 2015 when I came to Russia. I don’t know if I speak fluently, but I am happy if you think so.

Sometimes I wonder why I am so good at it. Probably it is because I am a very sociable person. I think, even if I happened to live in China, I would speak Chinese, as I am not afraid to speak with people.

Of course there are certain difficulties. I still struggle with cases. When I am talking I usually spot my mistakes, but I don’t stop to correct them. I guess, the most important is to be able to speak so that people can understand you. Of course, it is not the best way to improve your knowledge. Thinking this way, I am not going to work hard on correcting my mistakes.

Also, it is hard for me to write in Russian and not make mistakes. I can write short texts in Russian, but if I need to create a long text, I have to write it in French first, then I translate it in Google and only then correct it word by word. Speaking is much easier, because I am very sociable. I am not complaining. I love this language, I can speak it a little, people understand me — and this is what counts.

In Russia who do you communicate with more: the locals or fellow Senegalese?

Once I watched a movie where a Senegalese came to France. Everybody advised him to communicate only with the French to learn the language faster. It was a perfect advice for me. Of course when we were in our first year, we could not make friends with the Russians, because we only started to learn the language. I could start up a conversation with some old ladies though. They got scared of me: what does he want? And all I wanted was to begin to understand the language.

Today, I try to communicate with Russians more. I came here to study. The language people use here is Russian. So we need to understand it, and speaking our mother tongue will not help us. This is why I was eager to find Russian friends. Everywhere I lived, in every town, I made friends with someone.

How are Russians different from Senegalese?

I can explain it with pigeons. Here, in Russia, when you walk down the street, the pigeons don’t fly away, because they are not afraid of you. We are like those pigeons. And you, Russians, are like the Senegalese pigeons. If they see a human at a distance, they immediately fly away, because they are not used to people. I think I used a very good example to explain the difference.

Russians cannot open up to a stranger, especially to a foreigner. A friend of mine when we just started communicating did not talk about himself that much. He opened up very slowly.

While in Senegal we are ready to invite new friends over the moment we meet them.

Tell us about your plans after graduation.

My main plan is to find a good job in my home country or somewhere else. It is not so important where, because I am a globally minded person, I can feel comfortable everywhere.

I am not considering working in Russia, because the Russians prefer to hire citizens of the Russian Federation or the Commonwealth of Independent States. I love Senegal and I don’t want to have another citizenship. Even if I had a choice, I would still choose to be born in Senegal. But apart from that, it’s not so important for me where to work. What is important is to enjoy the work that I have.

Sometimes I think that I’m destined to live abroad. I believe in destiny. My brother got his degree years ago and he has always wanted to find a job abroad, whereas I have never wanted to leave Senegal. However, now he is at home, and I am here. I didn’t want to go away from home, but I am here. So who knows where else my life will take me.

(This article originally appeared on https://english.spbu.ru/news/4399-i-am-a-globally-minded-person-master-s-student-nabi-ndur-from-senegal-speaks-about-his-life-in-russia-and-his-studies-at-st-petersburg-university)

Saint Petersburg University is one of the founding members of the Global MOOC Alliance, you might also be interested in… In a new online course from Saint Petersburg University (also co-founding members of the Global MOOC and Online Education Alliance), students will learn how to write a competent CV, build an effective career plan and find a job. In the “Build Your Career” course (in Russian),… 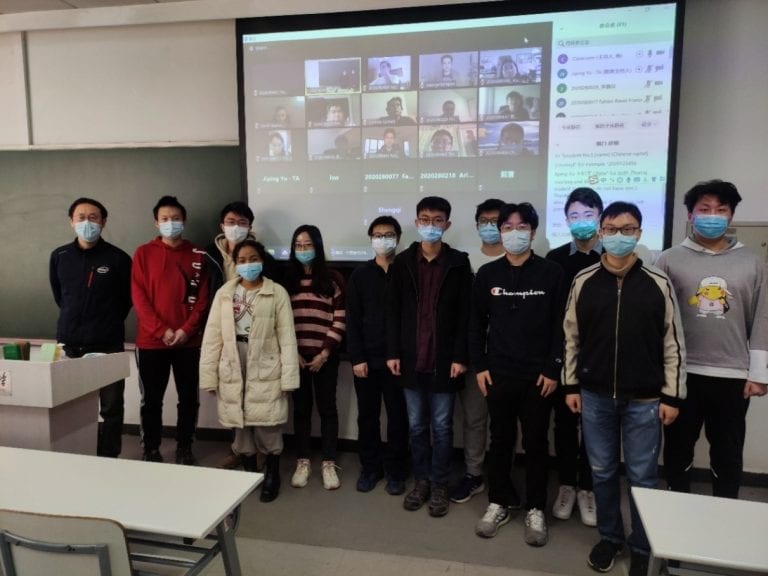 At the beginning of the 2021 Spring semester, Tsinghua University launched the “Global Hybrid Classroom” project, leveraging hybrid education to share the vision of a more innovative, integrated, and international education, regardless of physical distance….

A collaborative contribution by the participants in an “ethics of digitalization” research sprint. The Berkman Klein Center hosted a Research Sprint that convened a global cohort of approximately 40 student participants from 21 different countries spread over… Professor Yang Bin, Vice President and Provost of Tsinghua University, and also the Convenor of the Executive Committee of the Global MOOC Alliance, had an online discussion with Professor Martin A. Schmidt, provost of the… 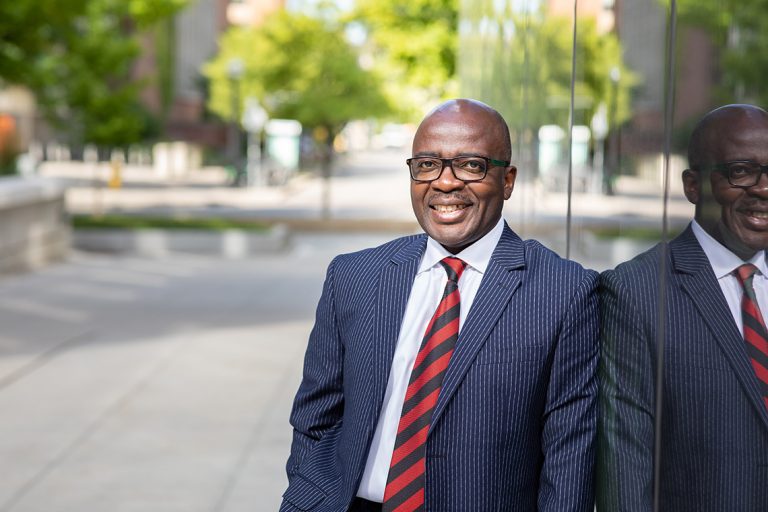 Alexie Tcheuyap, a professor of French whose scholarship focuses on African literary, cinema and media studies, has been appointed the University of Toronto (a member of the Global MOOC Alliance)’s associate vice-president and vice-provost, international… 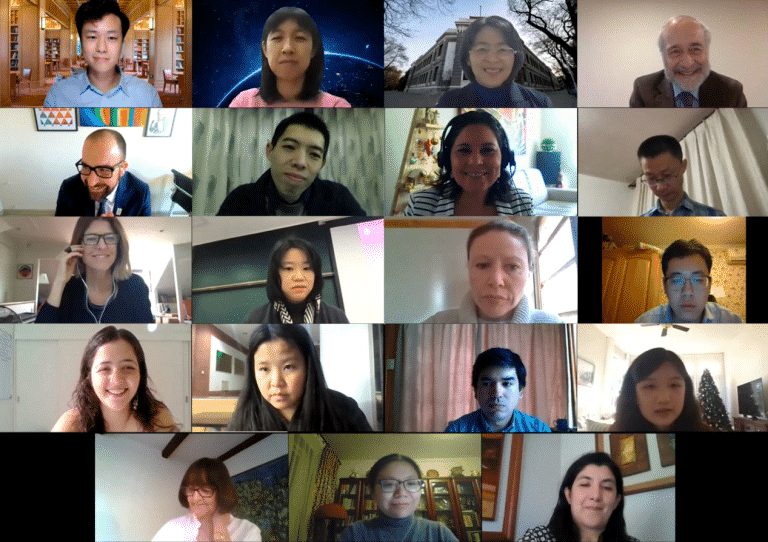